Early one morning last July, mum and I gathered up Prissy, snagged Riley from his pen over at Jerry’s place, then drove up to meet Nicky and Barry. They had the day off and are all-around good souls, Mum was not off judging horse shows that day, and I was unemployed and enjoying summer. The four of us took advantage of our good luck and opted to ride out to see the pictographs in the Valley of the Shields.

It’s funny how the areas you least explore are those right in your own backyard. My parents have lived in Bridger, Montana, for over 40 years, and I grew up there, but neither mum nor I had ever been to this site. Even we were embarrassed by ourselves.

We couldn’t have picked a hotter day if we tried.The soil was sandy, and even the sagebrush looked parched. We (okay, I) slathered on the sunblock, tied water bottles to our saddles, and headed off. Nicky and Barry’s trusty dogs, Badger and Rooster, trotted alongside, thrilled to be included on the adventure.

The first pictographs aren’t even a 20-minute ride from the trailhead, painted onto large boulders and shaded rock faces. The reds and golds are still visible, as are the shields and faint animal shapes. The five or six we saw on those first boulders were easy to spot, and I have no doubt that there are many more pictographs to be found throughout that area. While I’d like to look for them, crawling around cool, shady rocks on blazing hot days seems like a good way to find a rattlesnake, something I was not keen on doing. 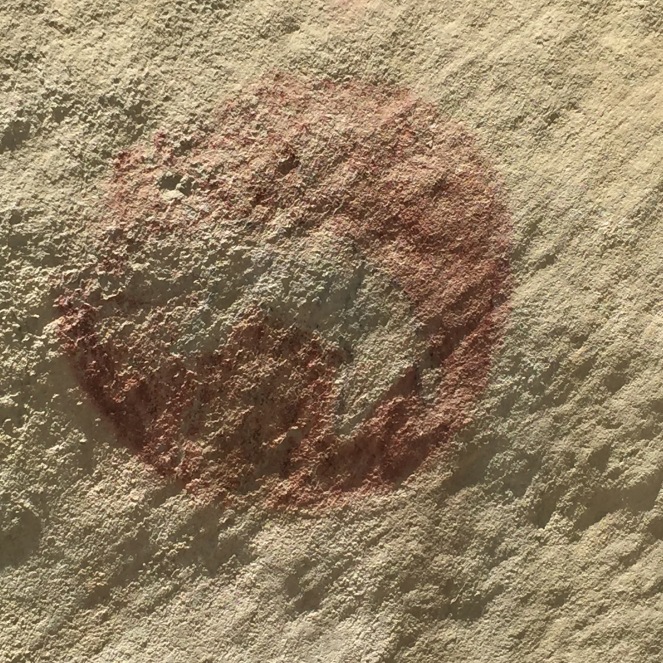 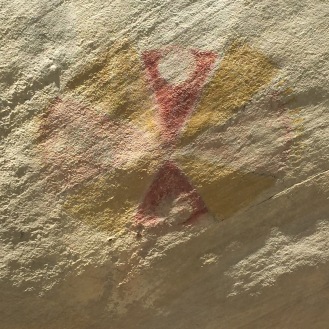 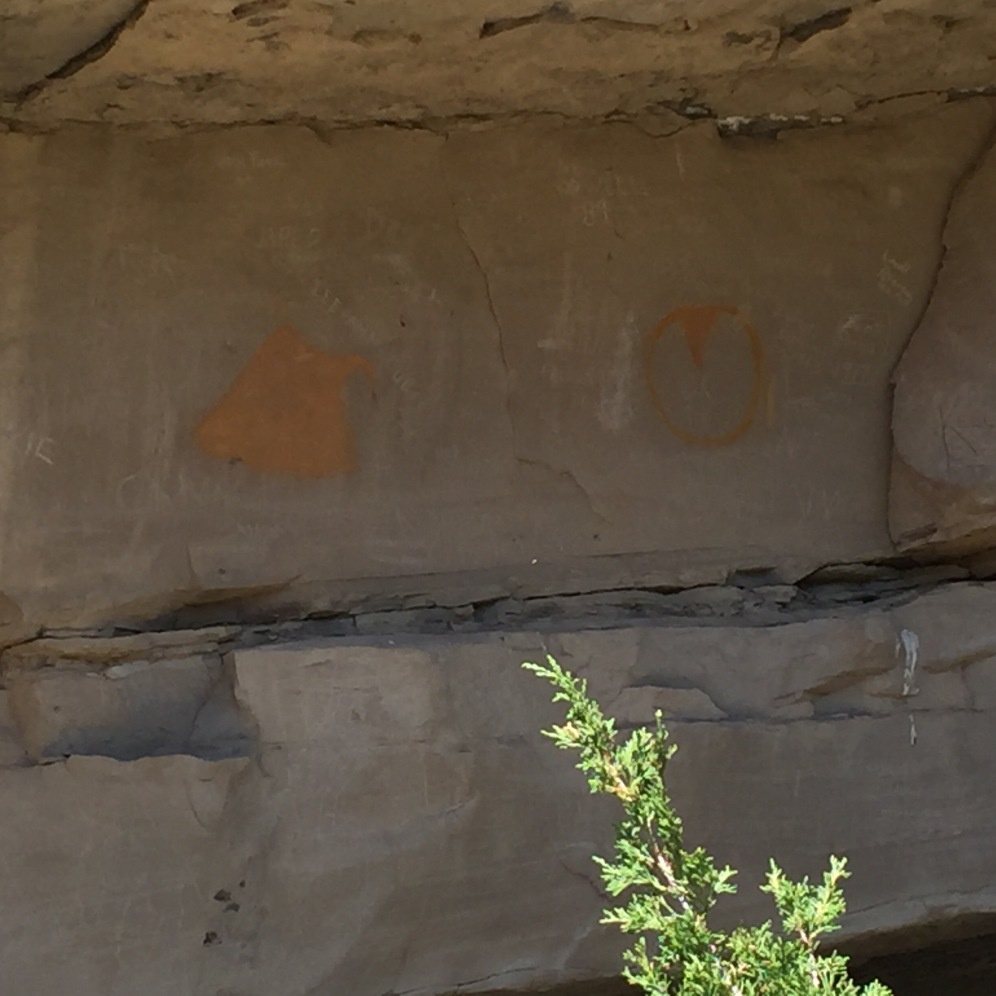 These pictures were taken with my iPhone, and they do not do the pictographs justice. PhotoShop and different filtering software might make the images clearer.

The pictographs are found quite near where we parked the trailer. We’d all gone to a lot of effort, so we decided to ride on up to the Gun Notch. If you’re driving south on US 310 from Montana into Wyoming, you can look over over to the west to see this small notch chinked out of the hillside that would hold a rifle barrel steady while you sited your prey. 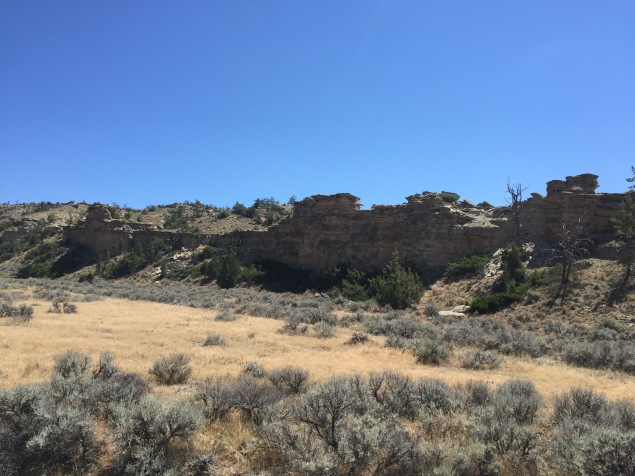 Valley of the Shields 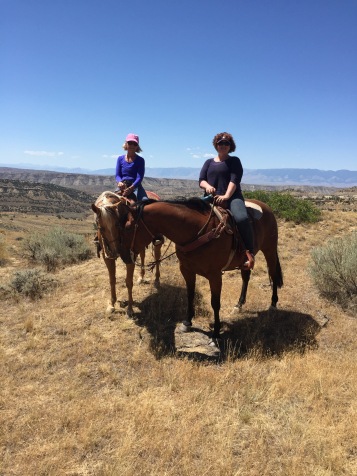 Mum on Prissy and Me on Riley 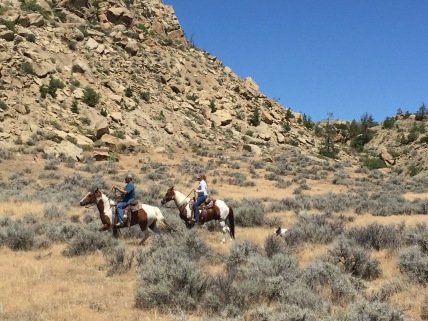 Barry had the good sense to pack a cooler with some Gatorade, water, and a few cold beers. My brother has long claimed that the best beer he ever had was an ice-cold Old Milwaukee after he finished stacking hay. I think it may have been surpassed by that Bud Lite that Barry had the foresight to bring.

I ran a few Google searches, hoping to find some deeper dives into pictograph art in the, and I bumped into this YouTube video (credit kciamaga), this site on indigenous traditions, and this site on hiking into the area.